Dementia describes a set of symptoms that may include memory loss and difficulty with thinking, problem-solving or language. These changes are often small to start with, but over time can become severe enough to affect daily life. A person with dementia may also experience changes in mood or behaviour. 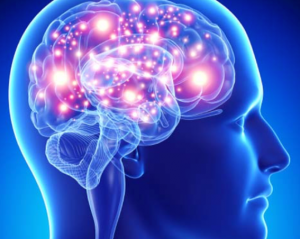 People in the later stages of dementia need help with every aspect of their daily lives from getting up, toileting, dressing, all aspects of personal hygiene, eating, drinking and sitting down in a chair. Everything becomes a monumental time consuming effort. But throughout it all we must try to ensure that they are treated with kindness, dignity and respect.

Symptoms
The symptoms of Alzheimer’s and dementia can overlap, but there can be some differences. Both conditions can cause:

The symptoms of Alzheimer’s include:

Some types of dementia will share some of these symptoms.

People with dementia due to Parkinson’s or Huntington’s disease are more likely to experience involuntary movement in the early stages of the disease.

Treatment of Dementia
Most causes of dementia cannot be cured, although research continues into the development of  drugs, vaccines and other medical treatments. Much can be done to help people with dementia to live well with this condition. Care and support is best when is is ‘person-centred’ which means being focused on the person and their individual needs and preferences.

One of the easiest ways to rob someone with dementia of their dignity is to be dismissive talk through, over or about them as though they are not there. Include, involve and respond as though you understand – even if you don’t 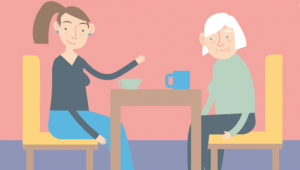